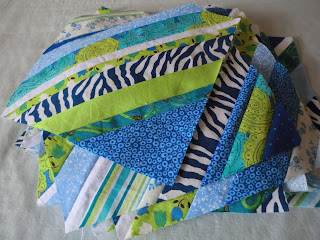 I've been working on this quilt for a while. It's for someone special, but I won't say who yet. This type of quilt is called a string quilt.
If you'd like to see how it's done, I'll show you! Start by choosing a bunch of random fabrics and cutting strips of varying widths. Mine ranged from .5" to maybe 3". 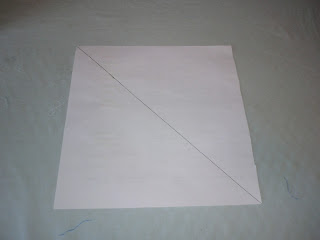 It uses paper piecing, which I was sure would be really complicated. I really ended up loving the method. You start with a square of paper the size you want your final blocks to be. I used old computer paper that was going to be recycled. At first I was going to make bigger blocks, but then I realized I didn't want them to be bigger than my sheets of paper or I'll have to tape sheets together. It was just easier to make them 8.5" square.
After cutting your papers into squares, draw a line on the diagonal from corner to corner. 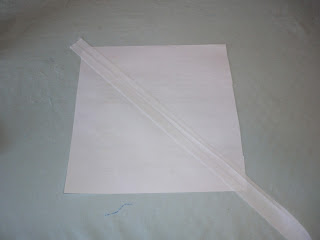 Choosing one solid fabric that is used consistently and only on that diagonal will create a neat effect when the quilt is put together. I'll have to show you that later. I chose white. I believe these strips were 1" wide. Use a fabric glue stick to stick this first strip to the diagonal. 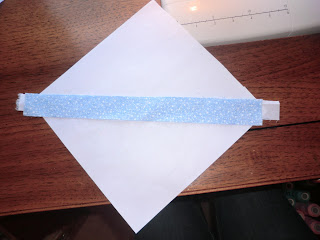 Randomly select a bunch of strips in differing prints and widths. Lay the first one right-side down on the white strip, with the right edges matched. 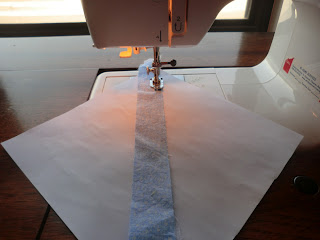 Sew a quarter inch seam allowance right through the paper. Use a small stitch length so that your paper will perforate well and you can more easily pull it off later. 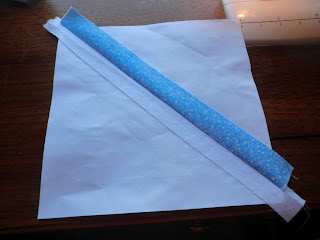 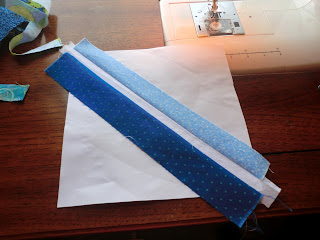 Repeat with another strip on the other side of the white strip. 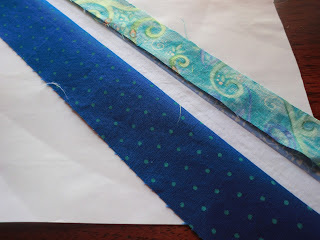 Add another strip to either side of those. 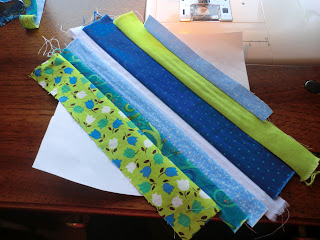 Keep on going until you have covered all of the paper. As you can see, as you approach the corners, you need smaller and smaller pieces. So I cut off any major excess and set it aside to use for these corners on future blocks. I barely had enough fabric for all of my blocks, so I'm glad I wasn't wasting long strips on these tiny areas. 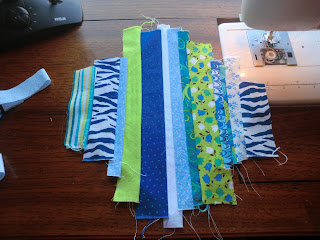 In the end, your block will look messy, like this. Incidentally, I mostly tried not to use the same fabric twice on the same block, but here I did. 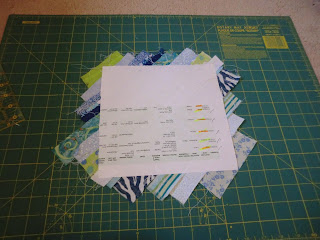 Now, to make it all pretty. Get your rotary cutter, square ruler and mat. Turn your block over so you can see the paper. 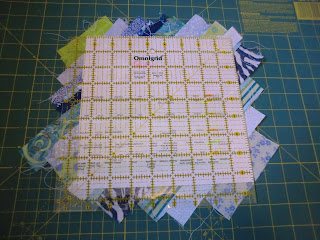 Line up your ruler so that the edges on the top and right sides match up with the edge of the paper. Use this opportunity to square it up as much as you need to. 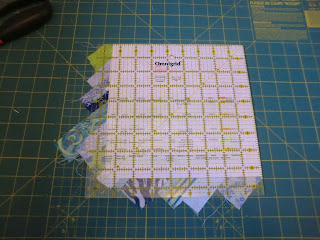 Cut the top and right sides off. 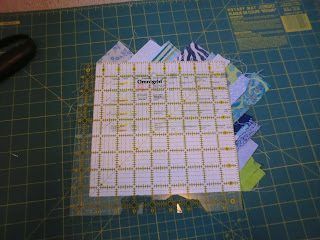 Rotate your square and repeat. 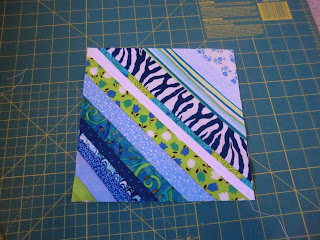 And looky what you've got! A beautiful and perfect square. I'll show you later how to put them together to look purty. (And, yes, that's a different block than I showed above. I lost that one in the pile.)
Email ThisBlogThis!Share to TwitterShare to FacebookShare to Pinterest
Posted by Robyn at 9:43 PM 3 comments

"Additional Jesus"? What the heck?!

Click the Jesus! There's a ridiculous reason for everything, my friends.